skip to main | skip to sidebar

Report from The Queen City 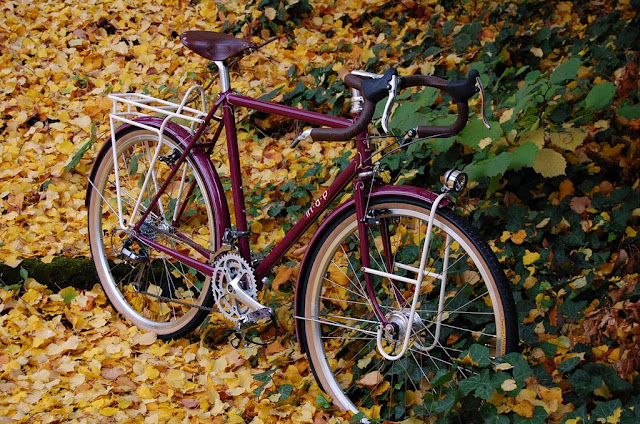 I recently had the chance to build a touring bike for a customer in Cincinnati. A few months had gone by since she'd received it, and I heard from her the other day:

Just wanted to let you know that my bicycle is, two months later, still exactly what I wanted and needed.  I haven't been to physical therapy for my shoulder since it arrived (as I'm finally riding something that fits), and I have to schedule in an extra ten minutes to just about any ride because people want to talk to me about it.  Cincinnati isn't a very bike-oriented place, but I've had members of the pipe fitters local union stop to ask me who made such a beautiful machine (the pipe fitters send their regards and compliments on your welding technique).

If I ever need another bicycle I am coming back to you.  Schlepping up three major hills to work has become a joy rather than a burden--it is worth every single penny that I put into it.  Thank you for the dedication you have shown to your craft.  Two thumbs way up, Mitch.

Katie"
Thanks Katie, you made my day.
Posted by Mitch Pryor at 6:43 PM 3 comments: